Orangutans are some of the most intelligent mammals on earth. Their name translates to person of the forest. And no wonder; they share so many similarities with humans, not just in appearances, social behaviour and emotions, but in our very DNA. We share 96.4% of our DNA with orangutans. Tragically in the next decade, this incredible creature will likely be extinct.

Many people saw the heart wrenching video of an orangutan fighting a bulldozer a few years back. It’s desperate attempt to save its home from destruction was such a vivid example of our devastating impact on the natural world. And David Attenborough’s A Life On Our Planet had viewers in tears after they watched an orangutan scale a singular lone tree amongst a swathe of desecrated rainforest. 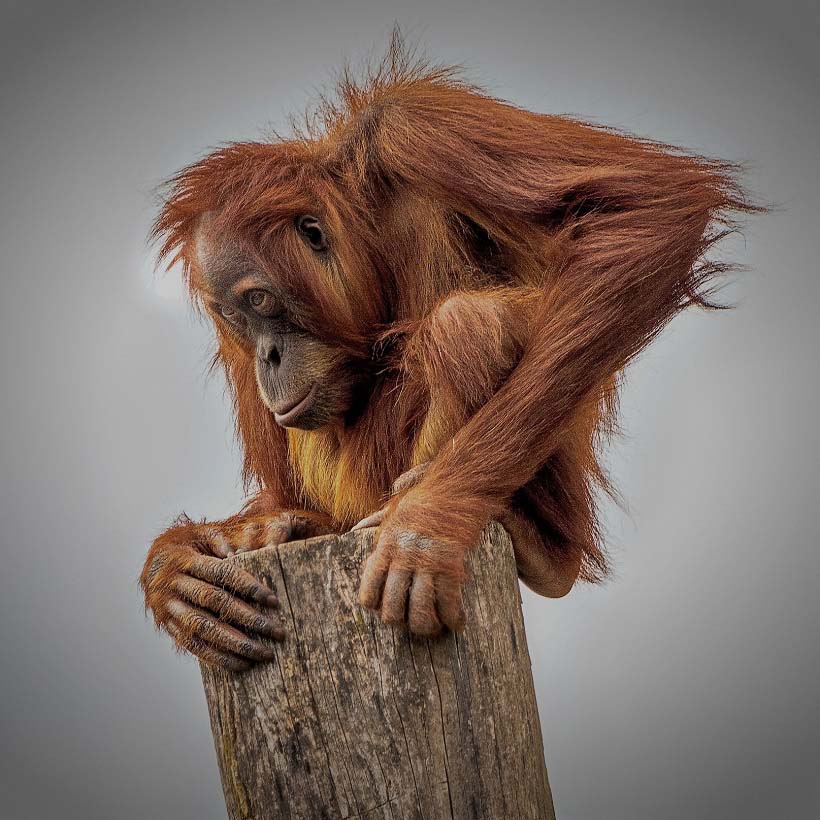 Orangutans live in the rainforests of Sumatra and Borneo. These rainforests are hugely rich landscapes packed with biodiversity. In just a few hectares of rainforest, more plants and animal species can be found than in the whole of Europe. Like all systems in nature, the forest is an elaborate system of many parts, working in perfect harmony with one another. Every species plays a key role in the health and survival of everything else in the forest. That is, as long as everything is kept in balance.

Over the last 50 years, Borneo has lost over 50% of its jungle due to deforestation. On a daily basis, humans clear the rainforest in vast swathes to make way for new oil palm plantations in order to supply the growing palm oil industry.

The result? This rich and varied landscapes is transformed into a vast crop of just one plant or ‘monoculture’. The diverse rainforest system that was once capable of supporting such a massive array of life, is now only capable of supporting a fraction of the species that the rainforest did. Subsequently huge numbers of animals are being pushed to extinction, including orangutans. They simply cannon survive in this environment. In fact, it is estimated that we are now losing 100 orangutans per week. 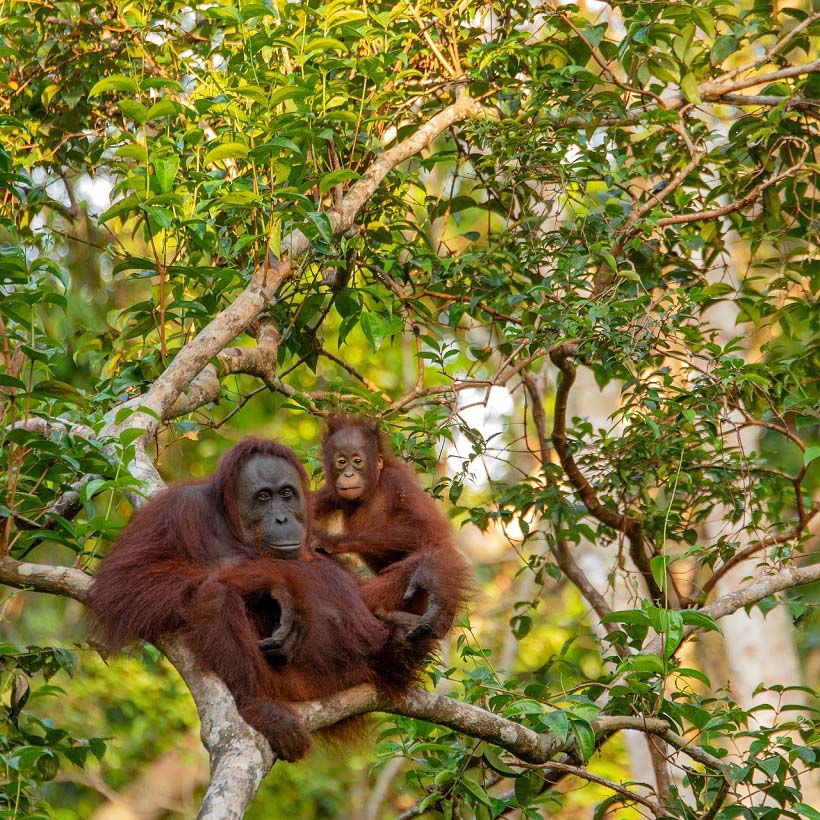 What can we do to help orangutans?

There have been many calls and campaigns for people to boycott palm oil altogether although research has shown that this is not the answer. Palm oil is used in around 50% of the products we buy in the supermarkets, and pushing companies to use alternatives only causes more problems. Palm oil is actually is a very efficient crop; it grows fast and has very high yields so it can produce more oil per area of land than any other alternative vegetable oil crop. A boycott on palm oil would mean that even larger areas of land would be needed to produce the same amount of oil, resulting in more habitat destruction.

So, what is the answer? Conservation organisations such as the WWF are encouraging consumers and companies alike to choose certified sustainable palm oil.  This means that the palm oil was produced without any deforestation and conversion of natural ecosystems, and hasn’t caused harm to wildlife or negatively impacted local indigenous communities. The RSPO is a non-profit initiative which certifies and regulates sustainable palm oil plantations. Look out for the RSPO logo on the products you buy. You can also google your local supermarket’s palm oil policy to see their stance on the issue and what they’re doing to help.

You can read more about the WWF’s recommendations and actions on palm oil in their Responsible Purchasing article.

Keep up to date! Subscribe to my newsletter to hear about all the latest wildlife art releases.

Gift your loved one a special portrait of their pet.